Lending a helping hand in the local community

Last week, a small group of volunteers from Saxon Weald showed their support at the Horsham foodbank and helped organise nearly two tonnes of food, which was donated by the generous people of Horsham. 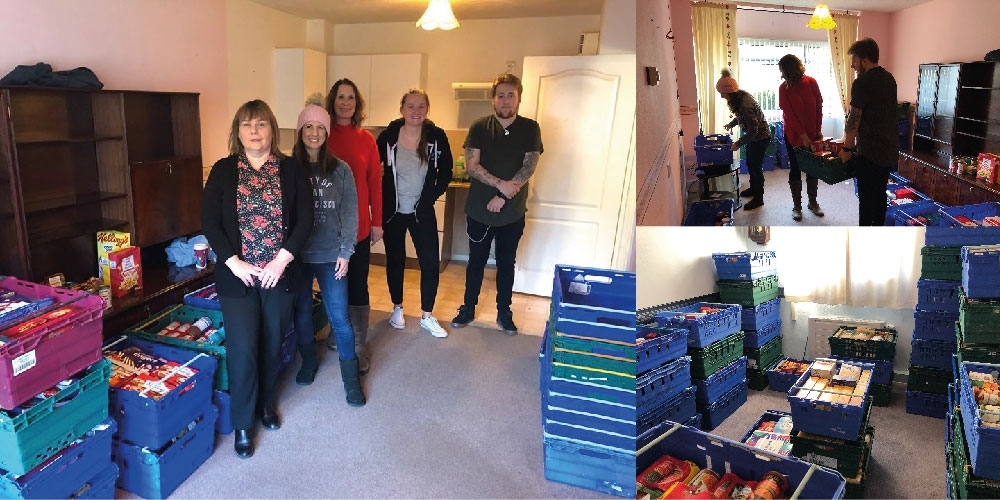 Since opening in 2014, the Horsham foodbank has fed nearly 7500 people and received approximately 138 tonnes of food donations. In the past year alone, the donations received have helped feed 1831 people in the Horsham district.

Volunteers at the foodbank were delighted with the outcome of the day and expressed their gratitude:

“The Saxon Weald team were cheerful and enthusiastic, completing the tasks in less than half the allotted time. This will make packing the emergency and Christmas parcels so much easier.”

The hard work of the foodbank volunteers provides invaluable help to local people in crisis, and we’re thrilled to have been able to show our support.

To ensure we give you the best experience on our website we use Cookies. You can change your cookie settings at any time. However, if you continue without changing your settings we will presume you are happy to receive all cookies on the Saxon Weald website.